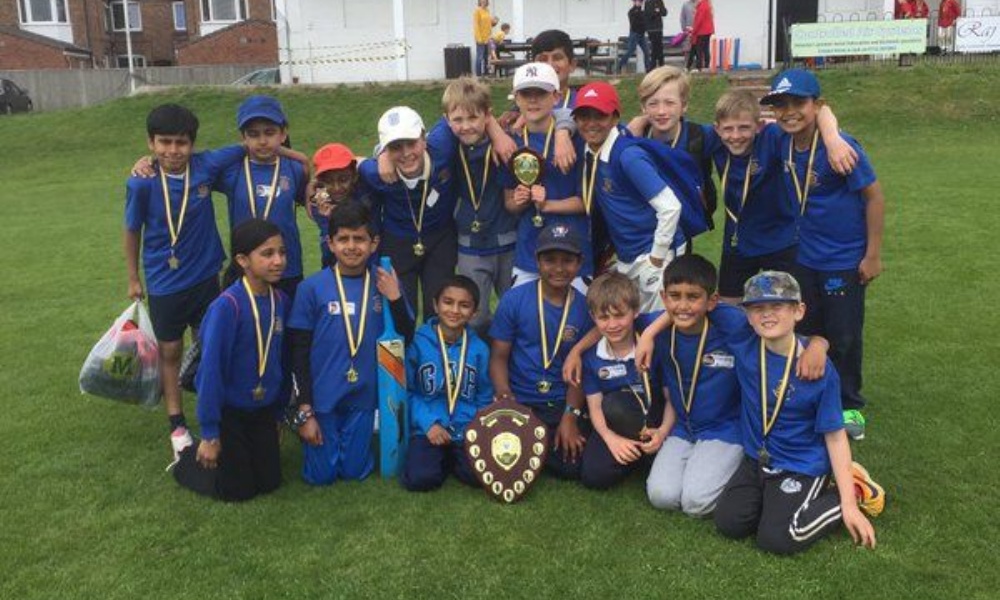 What an amazing sporting term we're having!

This week we took two teams to a cricket competition at Electricity Sport where 10 other schools participated! One of our teams played 5 games and won all 5, which meant we finished as winners! Congratulations!

All children involved were amazing and their ability to work as a team no matter who they were playing against was a pleasure to watch.

Further to the last news article we have also made it through to the next round of the schools football FA cup after a tough game against Holycross. We won 3-2, again the team showed great spirit in a really tight game.

And on the athletics front on Thursday 9th June, we will be taking a Year 4, 5 and 6 team to the West Leicester Primary Athletics competition at Saffron Lane stadium. We have some wonderful athletes at Overdale and we are proud to be taking some of the very best to this area competition.

Congratulations to all children who have earned a place in the team this year! Children with a place will be advised before half term.